This site doesn't support Internet Explorer. Please use a modern browser like Chrome, Firefox or Edge.

I'm Casey, and you're probably wondering why what I have to say should matter to you.

Well, you could say I've been around the block once or thrice.

I've worked in a wide variety of jobs, and spent a lot of time in the making money online space.

In that time, I've definitely learned a lot — they do say experience makes the best teacher, right?

My jobs have ranged from security guard to waiter to janitor to graphic designer to software sales pro.

Seven years ago I discovered that making money online is actually possible, which is one of many things that I'm grateful for — I honestly feel terrible for all the people who could change their lives completely if they only knew that it's possible, but have never even gotten past the "It's all a scam" phase.

My second or third attempt at internet marketing was a course on dropshipping on eBay, taught by a legit genius at finding ways to make money. I had a measure of success there, earning several thousand dollars over a period of about six months. This began to open my eyes to how easy it could actually be to make money from home, and just how much could be earned that way.

But, I'm vaguely embarrassed to say, I failed at that business. For a while I told myself it was due to eBay's constantly changing policies, including new ones that were specifically unfriendly to dropshipping. Fact is, while this and other factors certainly ushered that business' end, more significant is the fact that I simply didn't treat it as a business, but more as a hobby. And so, inevitably, it didn't last as a business.

After that, I tried a LOT of other methods and systems. I tried affiliate marketing at least five separate times over the next year, but never was able to make it work. Looking back, it seems that most often, I'd invest a large sum of money in the course itself, follow the course and take action, run ads for a time, then simply run out of my advertising budget.

I almost feel like I have to defend it; like ok, maybe I would have found success if I had saved up for a time and persisted with the ads, and the methods I'd learned. But spending that kind of money without results is discouraging, and the prospect of continuing to spend money on ads until it works, and making myself have the faith that it would work eventually, were always stumbling blocks.

And yes, the courses I took were all focused on getting traffic through ads, often adding the option of "organic traffic", largely from Facebook groups. I stayed away from SEO, because I viewed it as such a huge and daunting and technical topic to try to learn about; and I didn't see it as particularly relevant to my enterprise. It wasn't until years later that I learned about SEO as applied to affiliate marketing, another reason I'm grateful, which has led to me writing this review right now.

But I'm jumping ahead a tad. Affiliate marketing wasn't the only thing I tried. Shiny Object Syndrome is real, and I'm as susceptible to it as anyone. In the online world alone, I tried affiliate as described above; dropshipping a couple more times, on eBay, Amazon, and a couple other platforms; Youtube channel creation; agency; copywriting; and, reselling backlinks and solo ads. And that's just what I can think of off the top of my head. There's almost certainly a couple things I've plumb forgotten about.

I've read more than a little on Shiny Object Syndrome, and there are verified scientific reasons for it. Just knowing this may be of some help ... but there's always the question of how long to persist at something before writing it off.

Anyway, a couple years ago I did finally venture into the world of SEO, getting into reselling services as a freelancer, and thus looped back around to affiliate marketing for the fifth or sixth time. And when I saw how the two can be used together to build a long-term income generating asset in the form of a website (like this one), I began to recognize the true power and potential.

This led to me, thankfully again, being in the right place at the right time to jump onto the ground floor of the ultimate system combining SEO and affiliate marketing, in conjunction with one of the most revolutionary marketing platforms to ever hit the net. (I discovered the perfect system for making money on eBay along the way too — check that review here.)

I refer, of course, to SAS Affiliate.

SAS Affiliate is a system put together by Barry Plaskow and Jason Caluori. I avoid saying it's a training program because that wouldn't do it justice — the training is there, of course, and it's a huge component, but there's more to it.

Barry Plaskow is a former British SAS special forces soldier. His energy and enthusiasm are sincere and contagious, he knows what he's talking about having been in the game for over a decade, and he honestly, genuinely cares about seeing his students succeed.

Barry is basically the promotional mastermind behind it all; he saw a couple very exciting things that were happening, and realized he could form a synergy between them and create something absolutely amazing. So, he's recruited almost half a dozen marketing geniuses to make the system the most phenomenal thing on the market today.

The first crucial element is Jason Caluori's training program. Jason is an underground super-affiliate who has created some MASSIVE success for himself recently, during COVID times. He's no fluke, he has studied SEO deeply for years under one of the modern acknowledged masters of the craft, Greg Morrison.

Jason is about as straightforward and down-to-earth a guy as you'll ever meet, and this helps make for a teaching style that's simple but comprehensive. He covers all the bases, without getting too technical.

As someone who's dabbled in the world of SEO for a couple years now, I can tell you that's no mean feat. There's an incredible amount of intricately detailed technical knowledge needed to be an expert SEO; determining and conveying the most important bits of that vast storehouse in bite-sized chunks is an accomplishment to be admired, and that's exactly what Jason has done, and is doing.

That's one of the great things about this course, it's constantly growing and evolving. That's not to say it incomplete; it has everything you need to succeed already.

Beyond that, one of the most amazing things is the ongoing support. Jason has a FB group for members, and he's in there multiple times a day, answering every question and concern one of us brings him. The group itself is already a large, searchable resource for questions that may have already been answered; and there's a knowledgebase in the back office compiling many of those questions, with their answers.

But if you're ever stuck, have a question whose answer you can't find, or just need some encouragement, pop on into the group and make a post. Chances are Jason will answer within a few hours; and it may be something one of the other super-helpful members in the group can help you with.

In addition, there are ongoing trainings every week which build on what has already been taught, often play host to guests who bring their own immense value, and are always another great place to get questions answered.

However, one of the system's most amazing aspects is more ephemeral, while completely palpable; that's the "No one left behind" mentality shared by all the coaches. Barry has said numerous times that he only put the system together after being assured by Jason, and everyone else involved, that their commitment to their students' success was absolute. They WANT us to win, and that comes through in their every appearance.

So that's the training portion. Well, what else is there?

SAS Affiliate goes hand-in-hand with one of the most amazing software platforms to hit the web in years: Mike Filsaime's GroovePages.

Now, GroovePages is too vast and amazing for me to do it full justice here, so I've written it its own review — check that out HERE.

What I do feel entirely comfortable saying here is that, as of this writing, this platform is poised to destroy its competitors, like Wordpress, CLickfunnels, and GetResponse, for a start. It either already has, or soon will have (it's still in beta at the moment) every possible tool a marketer, or anyone else, could need ... from free hosting, to video hosting and creation, to email list building and management, to, yes, funnels, in the best editor and interface ever seen anywhere.

And, of course, once it's out of beta, GroovePages will become a monthly subscription service (although if you're lucky like me and get in on the ground floor, you can get a lifetime membership for a very reasonable one-time fee. Insane!) Even then, it will be very affordable, especially since it will eliminate every other subscription service you are paying for now.

But the reason this is important is that, since GroovePages (naturally) has an affiliate program, you can promote this revolutionary software and get buyers into a continuity program with it; and since GroovePages has everything they could need and more, they're very likely to stay with it long-term, resulting in long-term recurring income for you.

And the SAS Affiliate training teaches you to do exactly that, soup to nuts. The beauty of the syncronicity at play here is dazzling.

So do I give SAS Affiliate my recommendation? Ha, rhetorical question, I think it’s pretty clear from my glowing review that I do. There’s a lot of hype in the world of internet marketing, and a lot of phrases that are overused, or just flat-out inappropriately used.

But there is absolutely no hype or hyperbole when I say that SAS Affiliate is a rare opportunity; actually, it’s two rare opportunities in one: the chance to be trained and coached, one-on-one, by a highly successful super affiliate who has support and contributions from a number of other successful marketers; combined with the chance to get in on the ground floor of a revolutionary software which promises to change the marketing landscape forever.

As always, any comments or questions are welcome. 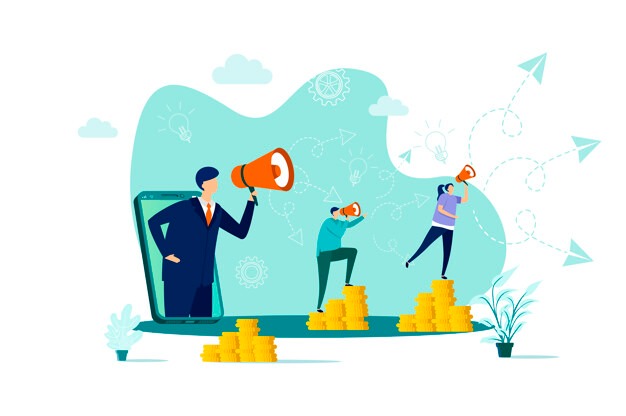 ✅ Easy, beginner-friendly, over-the-shoulder training to walk you through every single step of building your lucrative affiliate marketing business ...

✅ A brand-new, ultra-powerful marketing platform that will allow you to maximize your profits and success quickly ...

✅ Blazing fast, supremely knowledgeable support any time you need it, from the course creator himself ...

There has never been an opportunity like this, to leverage elite training and coaching while getting in on the ground floor of a game-changing marketing platform, and set yourself up for long-term success with evergreen skills that you can use to generate income over and over ...!

Here Are The Most Commonly Asked Questions About SAS Affiliate...

- Yes! This training program is perfect for anybody, whether you're a seasoned affiliate marketing vet, or a wet-behind-the-ears greenhorn, SAS Affiliate will work for you! The videos are brief and easy to follow, and if you ever get stuck, help is close at hand!

- Absolutely! Local SEO generally has less competition, so applying these trainings and methods there will supercharge your results!

- You bet! One of the greatest strengths of SAS Affiliate is the support you'll get — your coach Jason runs a very active Facebook group, where he answers questions as often as a couple times a day. Plus, there's chat and email support just a couple clicks away.